Xi: China ready to cooperate with CEE countries on vaccines 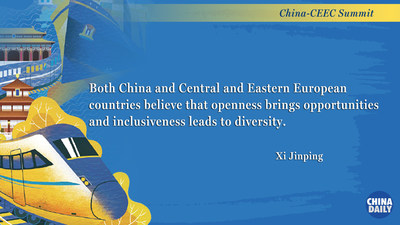 President Xi Jinping hosted the virtual Summit of China and Central and Eastern European Countries in Beijing on Feb 9 and made a keynote speech.

Here are some highlights: