INRIX, Inc., a world leader in mobility analytics and connected car services, today published the 2022 Global Traffic Scorecard that identified and ranked congestion and mobility trends in more than 1,000 cities, across 50 countries. Chicago (155 hours), Boston (134 hours), and New York (117 hours) lost the most time to traffic congestion in the U.S. and were all in the top five for most congested cities in the world, alongside London (156 hours) and Paris (138 hours). Continue reading 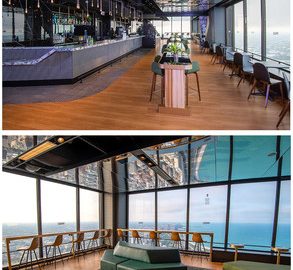 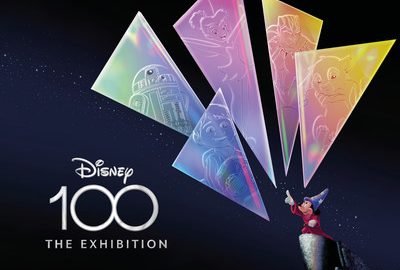 Today at D23 Expo: The Ultimate Disney Fan Event in Anaheim, CA, exciting new details and stops were announced for the upcoming world premiere of Disney100: The Exhibition. Created for the 100-year celebration of The Walt Disney Company, the exhibition will immerse guests in the beloved stories that have been dazzling guests since 1923, when Walt Disney set his company on a path that would revolutionize the entertainment industry. The world premiere of the exhibit opens on February 18, 2023, at The Franklin Institute in Philadelphia, PA, with Chicago, IL, and Kansas City, MO, set as the next two stops on the North American tour. The international unit of the exhibit will open on April 18, 2023, in Munich, Germany, with more cities to be announced in the coming months.

It’s a crime story fit for the digital era. It was recently reported that a number of restaurants in New York had been targeted by internet scammers threatening to leave unfavourable “one-star” reviews unless they received gift certificates. The same threats were made to eateries in Chicago and San Francisco and it appears that a vegan restaurant received as many as eight one-star reviews in the space of a week before being approached for money.

END_OF_DOCUMENT_TOKEN_TO_BE_REPLACED

WASHINGTON, Aug 22 (Thomson Reuters Foundation) – When Toledo experienced a spike in gun violence, the Ohio city police force turned to a simple if controversial tool: it miked up part of the city to capture the sound of gunfire.
END_OF_DOCUMENT_TOKEN_TO_BE_REPLACED

Ten years ago, scientists announced the discovery of the Higgs boson, which helps explain why elementary particles (the smallest building blocks of nature) have mass. For particle physicists, this was the end of a decades-long and hugely difficult journey – and arguably the most important result in the history of the field. But this end also marked the beginning of a new era of experimental physics.